The second largest country in the world stretches from the northern border of the USA all the way north to the Arctic. It offers a huge variety of beautiful landscapes including seemingly endless forests, lakes, rivers, mountains, glaciers, islands and amazing wildlife. With only 37 million inhabitants Canada is sparsely populated and therefore huge areas are still very remote and hardly accessible.

In addition to the advice given in the chapter "How to save money", you should know that concerning accommodation Canada is a camper’s paradise! Since it is so vast and its people are very relaxed, you will always find a spot to set up your tent. Furthermore there are numerous beautiful state-run campgrounds along the highways which usually cost around 9 US-Dollars per tent (including basic but well-maintained toilets, campfire pits with barbeque facilities and unlimited firewood) and many private campgrounds (often including showers).

Concerning transportation you should know that within or between cities and towns (especially in the south) there are good public bus connections but the best is having a rental car to be as flexible as possible. The cheapest way to arrange one is by booking in advance on websites such as rentalcars.com. Big trucks and caravans are quite expensive, but if you drive carefully, most places can be reached with smaller cars as well.

• Vancouver: Because of its spectacular setting right on the Pacific coast with the mighty Rocky Mountains in the background, Vancouver is again and again rated as one of the most beautiful cities in the world. It is easy to spend several days here enjoying the different districts of the city. Outdoor lovers find lots of activities in and around the city with Whistler (120 kilometers further north) being a world famous winter sports area that is also worth a visit during summertime.

Tip: Take the free shuttle bus to Grouse Mountain in North Vancouver and walk up for great views over the city.

Whale watching along the northeast coast:

While humpback whales and dolphins are common to be spotted at many places around the globe, Vancouver Island is famous for its orca population (killer whales) which are amazing to watch. But expect to pay at least 120 US-Dollars for a 3-5 hour boat trip.

Tip 1: The biggest chance to see orca whales is during summertime (mid/end of July until September/October) because many of them follow the salmon which they feed from. Make sure to be around at this time of the year to increase the chance of sightings.

Tip 2: Port McNeill is a good base for orca whale watching. It is served by public busses (e.g. Tofino Bus from Vancouver) and has a nice campground (Broughton Strait Campsite) with hot showers for $15 per tent. “North Island Tours” with its small zodiac boat operates directly from the harbor while other well-known companies such as "Stubbs Whale watching" are situated in picturesque Telegraph Cove about 30 kilometers south of Port McNeill. A taxi costs 75 US-Dollars one way (!) so try to share it with, for example, other people staying at your accommodation.

Tip 3: If you plan to jump on one of the ferries along the Inside Passage (for example from Port Hardy on Vancouver Island to Prince Rupert on the mainland) you will probably see humpback whales anyway!

The so-called North Coast Trail is a basic 6-7 day trek from Shushartie Bay to the car park of San Josef Bay in Cape Scott Provincial Park. You need to arrange a Cape Scott Water Taxi (phone: 250-949-6541) that takes you from Port Hardy to Shushartie Bay which costs around 120 US-Dollars per person. It’s easy to hitchhike back to Port Hardy once you arrive at the San Josef Bay car park as this place is usually busy with day visitors. 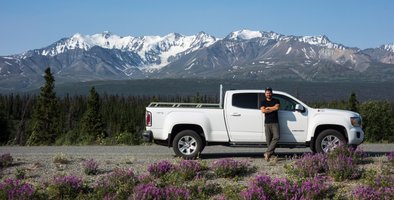 If you are camping you additionally have to purchase a backcountry permit from the Visitor Information Centre in Port Hardy which is about 8 US-Dollars per night. If you are short on time try to visit at least San Josef Bay for a day – it’s beautiful! Check out my photo gallery! If you are interested in a guided day trip from Port Hardy pass by the office of Cove Adventure Tours (120 US-Dollars per person).

• Go on a canoe trip at picturesque Takhini River: Rent out a canoe or kayak in Whitehorse (@ Yukon Wide Adventures, Upnorth or Canoe People) for about 35 US-Dollars a day, tie it onto your vehicle and head for Kusawa Lake about 85 kilometers west of Whitehorse. Take the Alaska Highway for about 60 kilometers and then a 25 kilometers gravel road to the left to get there. Spend some time at the beautiful Kusawa Lake Campground with its nice beach and paddle from there all the way into the Takhini River. Step out about 25 kilometers downstream next to the junction at the Alaska Highway where you should have parked your car before (or simply hitchhike back to the campground to get it). The water does not get any clearer anywhere in Yukon and I saw a Grizzly there!

• Hiking Kluane National Park: If you are looking for a challenging day hike with amazing views then King's Throne might be perfect for you! If you have enough time try to get up to the very top from where you can even see Kathleen Lake! If you want to camp inside the park next to a huge glacier then I highly recommend the 3-day/2-night Observation Mountain Trek! The views of the glacier both from Observation Mountain and below are breathtaking!! But make sure to talk to the park staff at Tachal Dhal Visitor Centre first, pay for your backcountry permit, borrow a bear resistant food box and check the water levels of the river that you need to cross during the trek. If you have 230 US-Dollars left then you should definitely spend them on a scenic flight for example with Kluane Glacier Air Tours! The 75 minute Grande Mountain Tour takes you across a glacier landscape straight out of a ferrytale - an experience of a lifetime! Check out my video from the flight and the photo gallery!

• Spotting Grizzly bears on a hike in beautiful Tombstone Park: There are several beautiful day hikes in the park which can be asked for at the Tombstone Interpretive Centre. An amazing viewpoint which takes only two hours return is reached via Goldensides Trail where you get great views over the Tombstone Valley especially in the morning. Make sure to drive from the Dempster Highway all the way to the big antenna mast and start your hike from there to save some time ;)

If you want to stay overnight in the park then I highly recommend the trek to Grizzly Lake and set up your tent there. It’s a difficult 6-9 hour hike one way but the views are wonderful and wildlife sightings almost guaranteed. Once having arrived at the lake (or the next morning) you can do an extra 3 hour return hike to the top of one of the surrounding mountains from where you have great views over the Twin Lakes in the distance. The trail starts at the toilets at Grizzly Lake. If you want to stay longer inside the park go even further to Devide Lake Campground and Talus Lake Campground to make a 3 or 4 day trip out of it.

• Driving the Dempster Highway: This 900 kilometers gravel road which starts near Dawson City and leads all the way up north to Tuktoyaktuk at the Arctic Ocean is amazing. On the way you cross different vegetation zones from boreal forest to tundra and also the Arctic Circle. Tuktoyaktuk is still a charming Inuit town but will probably change heavily within the next 5-10 years as the last part of the highway from Inuvik opened not until 2017!

Video of the whole trip