• Paris: Undeniably, Paris is one of most beautiful cities I have ever been to.   No matter if you're planning to stay one day or some weeks, there are so many things to see and do, you won't get bored. During your stay, you should totally see the Tour Eiffel, Les Invalides (Tip: Spend some extra minutes to shortly walk into the cathedral),  Notre Dame Cathedral, Sacre Coeur (metro station: Anvers), Arc de Triomphe (metro station: Charles de Gaulle Etoile)  and the Louvre. A really lovely area to get dinner is the  urban district named Montmartre. We stopped at  a cute Italian restaurant which is called Babalou and had a wonderful evening. Another thing you shouldn't miss is a walk along the Champs Elysees at night. It is really impressive with all the playful lights and hundreds of stores. During the summer months, you will really enjoy to  wander along the Seine promenade.

Tip: To have a beautiful 360 degrees view (including Sacre Coeur and the Tour Eiffel) see the Panoramic Terrace on top of the Printemps Department Stores (metro station:  Haussmann).

• Vieux Boucau: To do some surfing, you should stop at Vieux Boucau. There you'll find a lot of surf camps!

• Palace of Versailles: In the 17th century, the Palace of Versailles became the world's biggest royal palace and has served as a model for royal residences for more than hundred years. With its 700 rooms and its huge park, it is still one of the most famous buildings on earth. At least a one day trip from Paris to Versailles is recommended.

• Côte d'Azur: The Mediterranean coastline of the southeast corner of France is known as the French Riviera. With its beautiful coastline, lovely historic cities and pretty beaches,  it is the perfect route for campers (and everyone else).

• Alps: During the winter months, you'll be able to  snowboard/ski in the French Alps. During the summer time, you'll find beautiful hiking trails and other mountain activities! 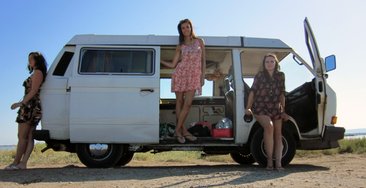 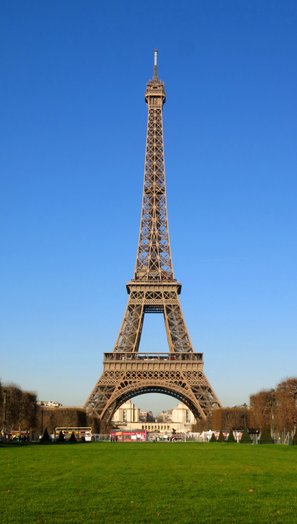